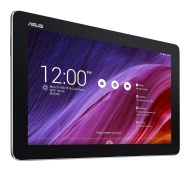 In among the wash of black and white tablets at this year's IFA electronics show in Berlin, Asus caught our attention by showing off the new MeMO Pad 10

With the Memo Pad HD 10, Asus delivers a tablet with an appealingly low $329 price without making you feel like you're getting the short end of the stick. The tablet rocks a sharp IPS screen with great viewing angles and a comfortable design. It also...

The Asus Memo Pad FHD 10 is a well-priced large tablet that doesn't compromise on useful extras.

Asus has used a dual-core Intel Atom processor to power its latest 10in tablet, the MeMo Pad FHD

Asus is one of the major players that is giving Intel some love, as the Asus MeMo Pad FDH 10 is the first from the Taiwan based company's portfolio to feature a chipset from Intel. A bold move no doubt, but let's find out what the transition is going...

Now the Asus MeMo Pad FHD 10 isn’t something that’s new to the scene, since it’s been available for quite some time now. Still, if you try really hard enough, you can actually snag the tablet for less than $300, which is a bargain no doubt when you...

Not to be confused with the Asus Memo Pad FHD 10 , the Memo Pad 10 still offers a decent tablet experience for people on a budget in three different colors: white, grey and pink. Also known as the ME102A, the tablet offers a 10.1" 1280x800 IPS display...

Despite the modest price and reasonable performance, the Asus Memo Pad 10 is sorely lacking in star quality

While the Asus Memo Pad HD10’s performance puts it just ahead of its rivals, it doesn’t do quite enough to distinguish itself. For this kind of money, we’d plump for a higher-quality 7in tablet, such as Google's Nexus 7, which offers significantly...

As its name suggests, the headline feature of the Asus MeMo Pad FHD 10 is its Full HD (1920x1080 resolution) 10.1" IPS display. Like the MeMo Pad HD7 , the screen offers excellent viewing angles and good indoor viewing. Benchmark tests by Hardware.info...

Asus enters the full-sized tablet ring with its latest entry, the Asus MemoPad FHD 10, a 10-inch, full 1080p slate that aims to go toe-to-toe with similar offerings such as the Nexus 10, Sony Xperia Tablet Z, and the iPad, but can it keep up with the...

Asus has crafted a very modest and understated tablet in the Asus MemoPad FHD 10 that will comfortably take care of all the tasks you want to perform on a slate. Browsing the web and movie watching are real treats thanks to its brilliantly high-res...